Wonder woman star gal gadot says joss whedon threatened her career – I took care of it on the spot .

Gal Gadot has accused Joss Whedon of threatening her career during the reshoots of Justice League. She said that she immediately ‘took care of it’. 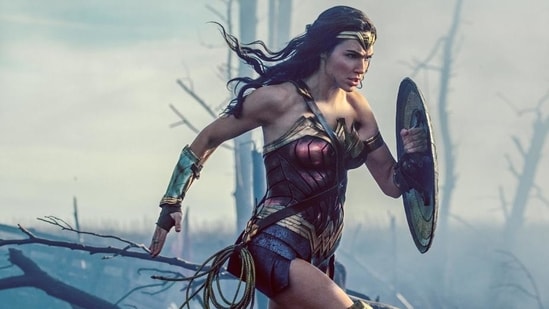 Wonder Woman star Gal Gadot has said that director Joss Whedon ‘threatened’ her career, and that she ‘took care of it’ immediately. Whedon has been accused by actor Ray Fisher of ‘abusive’ behaviour on the sets of Justice League, which he was hired to complete after original director Zack Snyder dropped out midway through production.

While Gadot has hinted at altercations with Whedon in the past, this is the first time that she has acknowledged the extent of their disagreements. According to a report on Israeli outlet N12, she said, “I had my issues with Joss and I handled it. He threatened my career and said that if I’ll do something he will make sure my career is miserable and I took care of it on the spot.

In July 2020, it was reported that Gadot and Whedon clashed over a scene that sexualised Wonder Woman, with the actor refusing to shoot the sequence. A body double was brought in.

An April 2021 story in The Hollywood Reporter cited sources as saying that the actor and the filmmaker clashed when Whedon ‘pushed Gadot to record lines she didn’t like, threatened to harm Gadot’s career and disparaged Wonder Woman director Patty Jenkins’. She reportedly demanded a meeting with the studio’s then-chairman Kevin Tsujihara.

Fisher, who played Cyborg in the film, was the first one to accuse Whedon of inappropriate behaviour on set. His allegations prompted Warner Bros to launch an investigation, which was concluded without results being publicly disclosed.

Gadot reprised her role as the DC superhero in Wonder Woman 1984, which released to lukewarm reviews at the end of last year. She was also seen in the director’s cut of Justice League, which was released in March after sustained fan pressure. She will return for a third and final Wonder Woman film as well.